But It's Not Midnight Yet 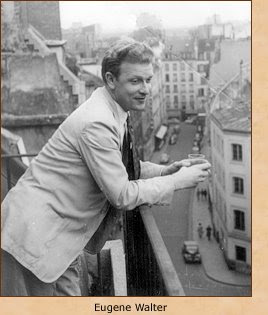 THE PINK PANTHER (the original one) was playing on TCM tonight but I wasn't really watching it. I was reading a book - sometimes I do that! Suddenly I heard the very distinctive voice of my old friend Eugene coming from the television. I had heard people mention from time to time that he was supposedly in THE PINK PANTHER, but I always assumed he was just standing around in the background in one of the big crowd scenes. Thanks to the satellite TV, I was able to rewind his part and watch it a couple of times. Eugene says, "But it's not midnight yet." Then he says, "Eh, all right." Then he says, "Be careful, I can't see a thing." That's it. Not much, but he puts a clever spin on all three lines. He's not lazy! He carves out a mini character for himself. I don't know why I've never noticed this part of the movie before. It could be that I haven't watched THE PINK PANTHER all the way through since I was a kid, before I knew Eugene. Well, it was great to hear his voice and a real surprise. It certainly got my attention.
Posted by Jack Pendarvis at 4:51 PM